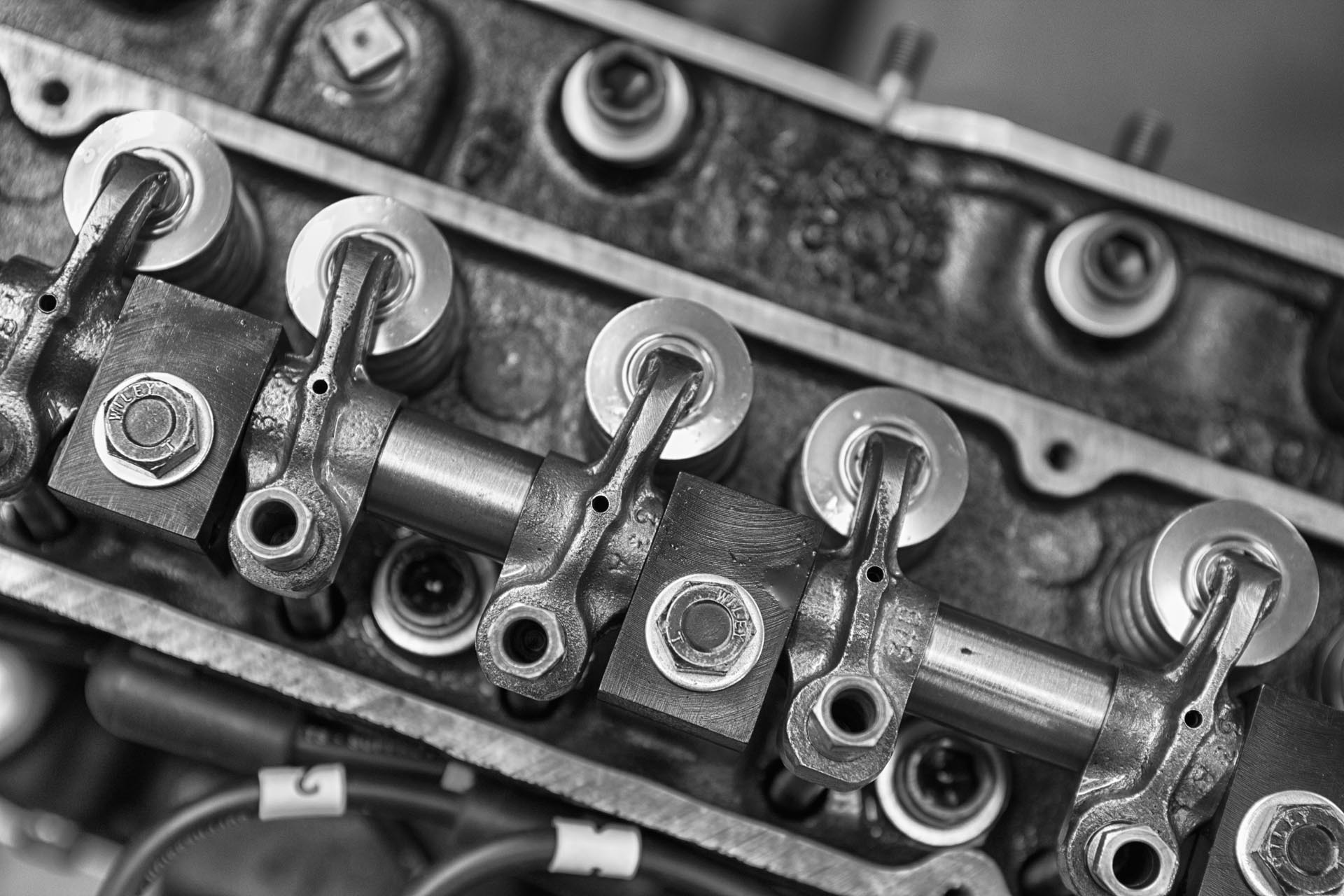 Andrew Tart Motor engineering have been looking after this lovely old car for around 15 years, The car is a glimpse in to the past as there has been no renovation needed, it is simply original, possibly the most original C Type remaining. It is with ATME at the moment as a gearbox bearing failed and chipped a gear.
When the car is seen it is obvious that it is the real thing. Different layers and different coloured paint can be seen on the worn edges of the cockpit and bonnet aperture, each showing the years of history in an undisputable way.
Below is a list of achievements and a description of the cars history.

The most significant C Type Jaguar

For the 1952 Le Mans race all three works cars were re-shaped with a long aerodynamic body, this was as a result of reports that the Mercedes Benz 300SL had a higher top speed and would also be running.

Jaguar would have been confident of a good result having won in 1951 at their first attempt with the C Type.

However it wasn’t to be, all three cars retired from the race with associated cooling problems. Moss and walker were driving 011 and were the last to retire after losing oil pressure.

At the time the small radiator air take of the new bonnet was blamed. It was later discovered by Norman Dewis that it was the diameter of the water pump pulley, creating cavitation problems . This had been modified along with a new low-line radiator to suit the new aerodynamic body

In 1953 XKC011 went on to race throughout Europe but didn’t return to Le Mans 24 hour. However other C Types ran and finished 1st and 2nd.

By 1954 XKC011 was being used to develop Dunlop disc brakes, and assessing Avon / Pirelli tyres. The D Type was now up and running making the C Type redundant.

Ecurie Francorchamps, a Belgium racing team had good relations with Jaguar and where promised a works C Type for the 1954 Le Mans. Their original car, chassis XKC47 was essentially a road version. XKC012 was to be the chosen car and had been prepared for the race by Jaguar themselves. It was given the identity of XKC047 and painted yellow. This was to overcome any problems at the borders. This was a much easier job than getting a new carnet certificate and considerably quicker.

As was the norm the works cars, three D Types and the newly painted C Type XKC012 (XKC047) set out from Browns lane, heading for the English Channel and then a ferry on to Cherbourg.  The original yellow XKC047 stayed behind in the development department.

Frank Rainbow, the works mechanic crashed the C Type near Monteboury. The car was heavily damaged having hit a concrete post. The car was not in any state to race.

It was then thought that XKC012 was flown in to Cherbourg and driven on to Le mans.

At a private garage in Le Mans the engine and other components were exchanged from XKC012 (XKC047) to XKC 011 and a yellow strip painted though the centre of its bonnet.

Organisers allowed the C Type two discretionary laps with the car to prove it was competitive and allowed it to start from the back of the grid as it was not the original car entered. 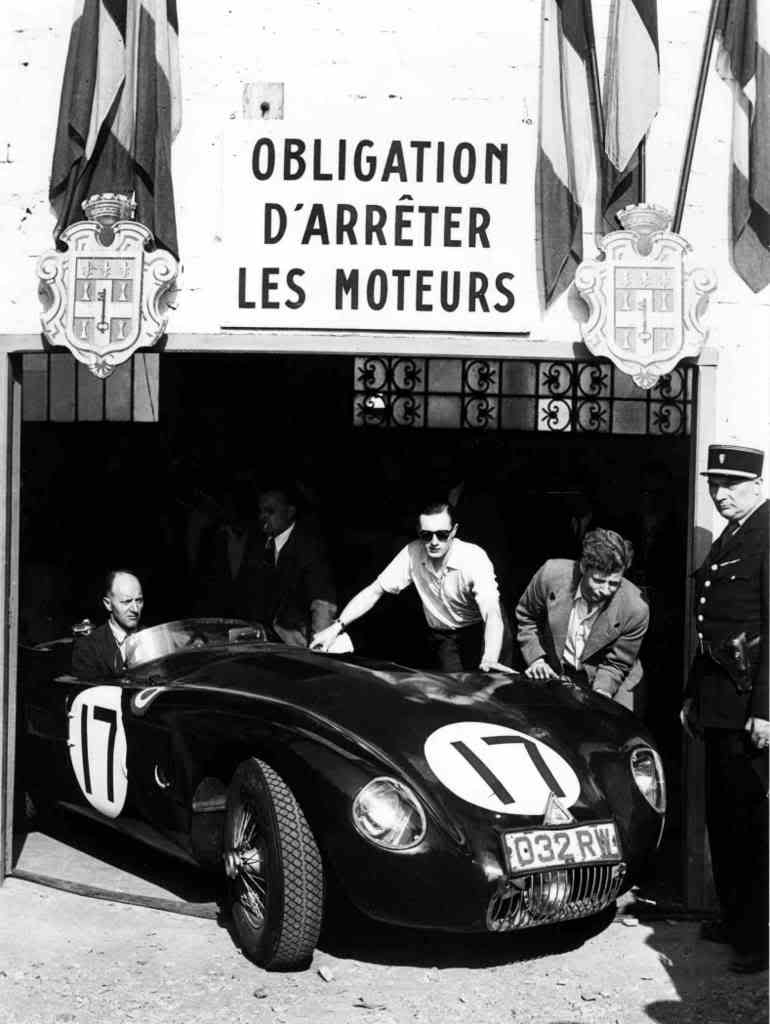 Note the long body style. I think this body was used in 1952 only. During the 1952 Le Mans race, the car overheated. The small air intake was blamed at the time, and the conventional C- Type body was fitted shortly afterwards. It is said that the real reason was water cavitation due to excessive water pump speed, this was reduced by fitting a larger water pump pulley. 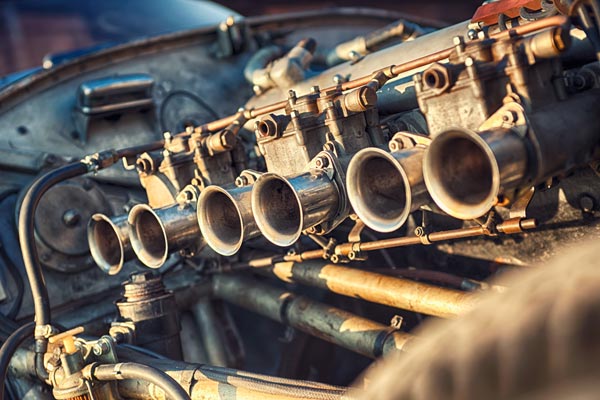 26 April,  , Mille Miglia, Moss/Morris-Goodall, race number 542, retired when the back axle failed, the tube twisting in the differential housing. After repairing the axle), Len Hayden then drove it to Sicily for the Targa Florio

November, used by the factory as an experimental test car. 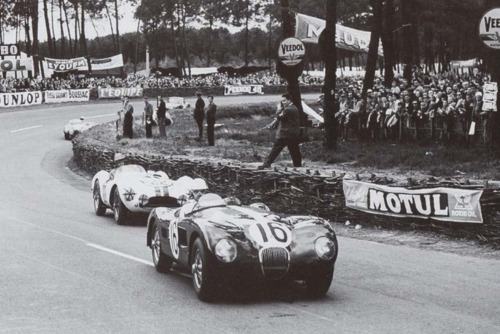 Note the yellow strip though the bonnet. It seems that the complete car was painted yellow at some stage in 1954 . This yellow paint can be seen on the bonnet edges and other areas.

The car was tested with an oil cooler in January 1954, it was also used for evaluating Avon and Pirelli tyres; Moss favoured Avon.

Early June, The car was flown to Cherburg and then driven to Le Mans as a replacement for XKC 012 (now numbered XKC 047) Frank Rainbow had crashed XKC012 (XKC047) on the way to the circuit. A yellow stripe was painted down the bonnet of XKC011 and the race organisers allowed Ecurie Francorchamps two discretionary laps with the car to prove it was competitive and allowed it to start from the back of the grid.

The car was then loaned to Ecurie Francorchamps.

Car then returned to the factory.

The car was sold to Robin Sturgess on 8 January 1960, and repainted British Racing Green.

The car was advertised for sale in Autosport on24 March 1961 byWE Sturgess. 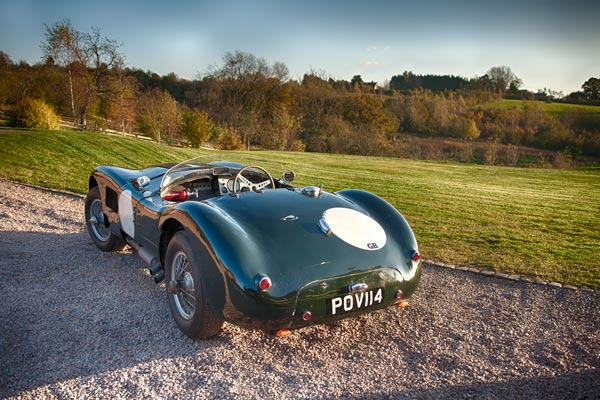 Moore advertised the car for sale in Autosport on the 21st  December 1962, and it was advertised again in Motor Sport April 1963. It was then bought by Guy Griffiths of Chipping Camden, and later passed on to his daughter Penny Woodley, who competed in the car in the late 1960s. The car is still owned by Penny, and used competitively and socially. It took part in the Jaguar factory cavalcade to Le Mans in 1993; in 1998, in the Danish Classic Car Rally and Copenhagen Classic Car Cup Street race, and in 2000, in the Copenhagen race again. It was also on display at Goodwood in 2009 and Shelsley Walsh 2011. 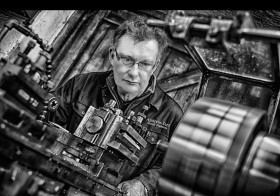